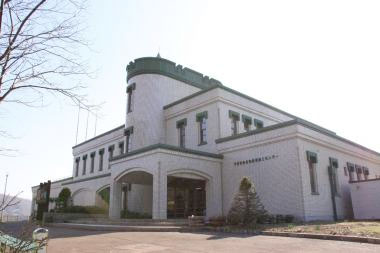 “Melon Castle”, a liquor distilling facility in Yubari City, Sapporo, will be sold to a wholesale/retail company called Base Create. The facilities will be used to package and store goods.

Yubari City had previously agreed to sell the facilities to another buyer, but the sale was canceled in March as the buyer did not make payment. In April, the property was advertised for sale at a reduced starting price of 28,800,000 Yen (360,000 USD). Base Create was the only applicant, and based on their financials and business plan, their offer of 28,900,000 Yen was accepted. The new buyer plans to hire several local residents to help run the facilities.

Melon Castle was a processing factory for Yubari Melon Brandy and other liqueurs. The site also included a tasting room for visitors. It opened in 1985 to promote Yubari’s melons after the decline of the coal mining industry. It closed in 2006 after the operating company went bankrupt. Former employees formed a new venture and reopened the facilities in 2007. The operating agreement had a clause which required the operators to purchase the facilities two years from the start of operations. However, this was not achieved and Yubari City offered the property for sale with a minimum bid of 65,000,000 Yen.  The price was too high as no bidders came forward, and the latest selling price is less than half of the city’s original estimate.

Yubari City once had a population of over 120,000 during it’s mining boom, but in 2012 the population was just over 10,000. To counter-act the decline of the mining industry in the 1980s, the city planned massive works and incurred huge debts to build up its tourism industry, but the old saying of ‘build it and they will come’ did not apply as the collapse of the bubble economy caused a direct hit to tourist numbers. By 2007 the city was bankrupt and was forced to sell its amusement parks and museums.