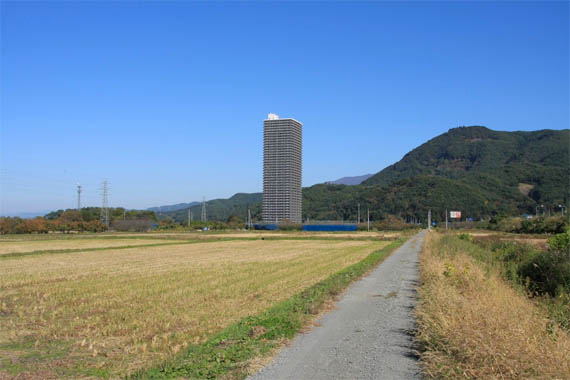 Sky Tower 41 is a high-rise residential building located on the outskirts of Kaminoyama – a city of 33,000 residents in Yamagata Prefecture. The 41-storey tower looks out of place amongst the fields and countryside.

Completed in 1999, the 389 apartments were priced between 20 ~ 40 million Yen when brand new. Unfortunately the developer, being unfamiliar with the real estate term “location, location, location,” only managed to sell less than 10% of the apartments and prices were reduced by half. It took another 6 years before all the apartments were finally sold. Some of the buyers were actors and former celebrities who were born in the area.

The reason why this building received approval in this rural area is because the land owner allegedly had connections to the Prefectural Governor.

The building is often referred to as a tombstone of the bubble era. The developers had overly ambitious plans to create a new city between Kaminoyama and Yamagata City that would house 30,000 new residents. 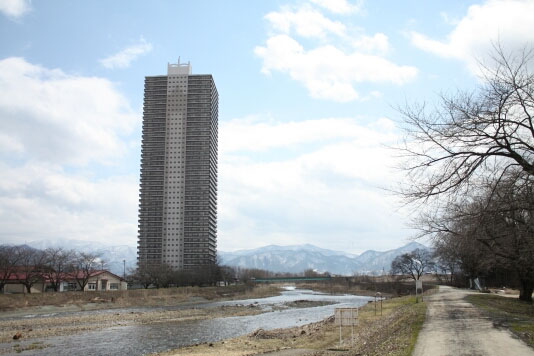