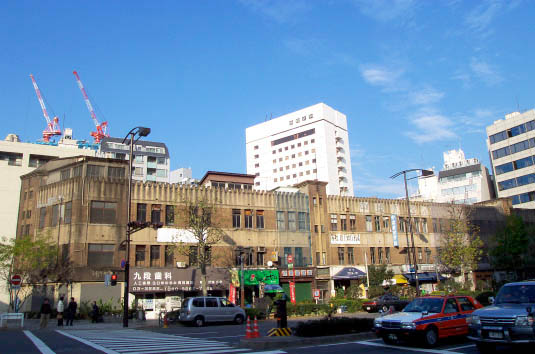 The 85-year old Kudanshita Building in Kandajinbocho, Chiyoda-ku, will soon be demolished once the last remaining occupant moves out.

Kudanshita Bldg is a multi-tenant building in Kandajinbocho, Chiyoda-ku. It’s original name was Imagawakouji Cooperative Building. Completed in 1927, the Kudanshita Building is one of Tokyo’s landmark buildings completed during the reconstruction following the 1923 Great Kanto Earthquake. The local shopkeepers whose premises were destroyed in the earthquake had pooled their savings together to construct this building. At the time they were each given an ownership share of the property.

The 1st floor had retail shops, the 2nd floor had apartments for shop owners and the 3rd floor was leasable office space. In 1935, Nitto Records, a Japanese record label, moved into the building and many hit songs were produced here. During the post-war period of the 1950s, the Ohara Bookkeeping School occupied the space for many years. After they moved out, the 3rd floor office space was converted into smaller individual rental apartments.

During the economic bubble of the late 1980s, this area became one of the most desirable commercial areas in Tokyo and was the subject of land speculation.

The reinforced concrete was made from the best quality river sand that was available at that time, and the structure has held up well over the past 80 years. There have been incidents where the exterior porcelain tiles have fallen off, so the building has been shrouded in netting.

In October, 2011, an announcement was made that demolition work would soon begin. However, not all owners gave permission to demolish the structure, so work has been stalled. However, there has been news that land speculators bought up the remaining apartments and work will be commencing.

The last occupant left in the building is an artist who has lived there for the past 15 years and is using the space to hold art events until it is finally demolished. He said the building was unaffected by the March 11 earthquake. The artist’s blog can be viewed here: http://kudanatelier.blog.fc2.com/ 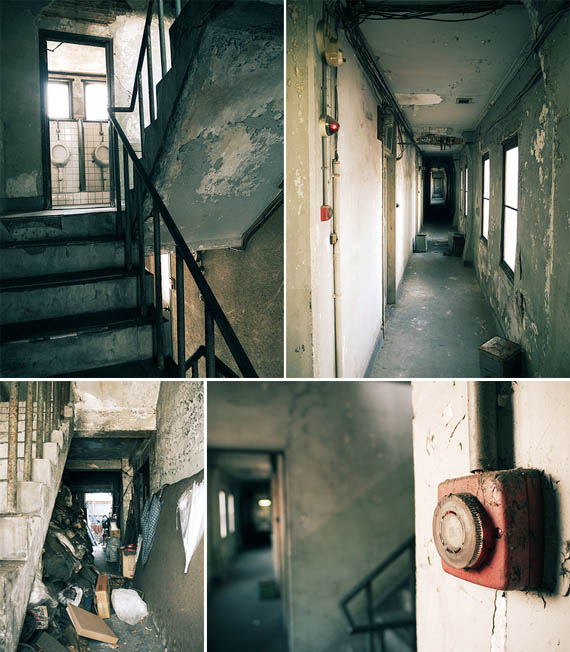